Cat of the Month: 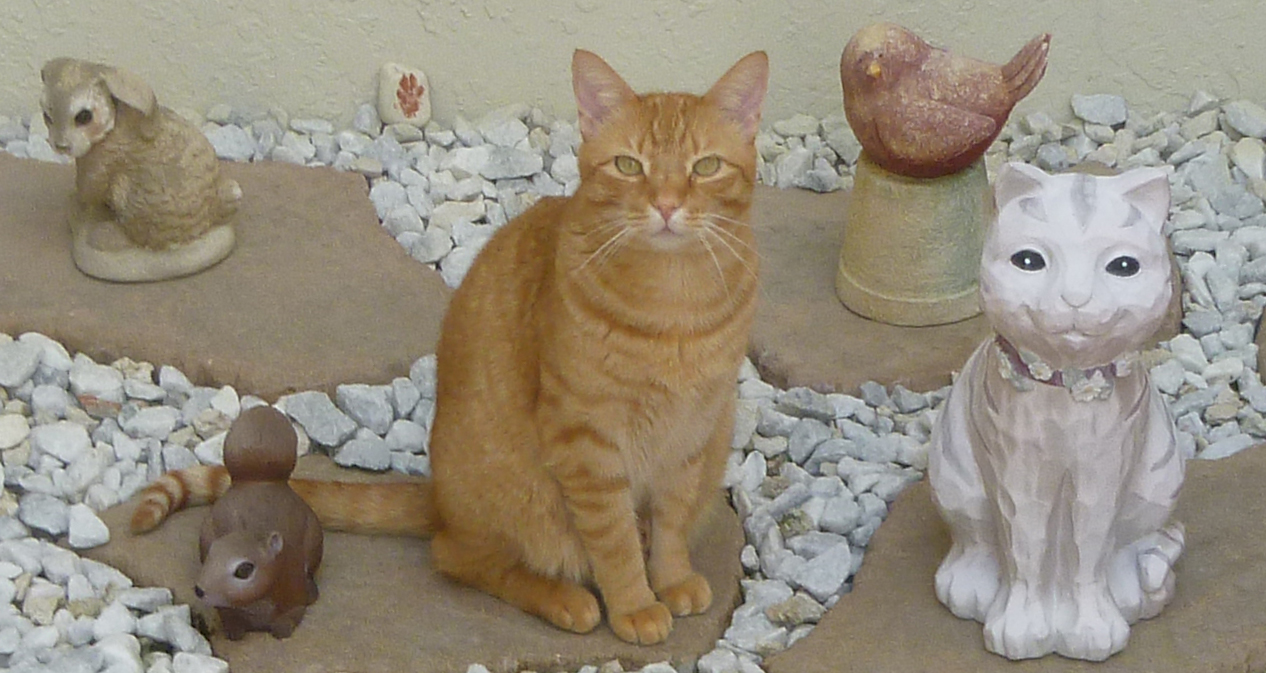 Bee (Killer B, Killer B Kitty) 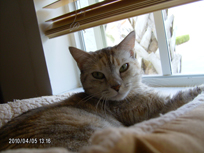 Killer B Kitty came to us along with Snow. Mom adopted Snow, who was walking the streets as a tiny kitten, all alone. Black cats that live outside, do not have a very bright future unless someone adopts them and loves them.

Ray's mom also worried that Snow would be lonely for kitty company, so she adopted a whitish kitten to be with Snow. Since she had named her black cat Snow, mom dutifully named her white cat Shadow.

Not a full two months after mom adopted Shadow, mom had passed away. Looking through my mom's final pictures on her camera, mom spent a lot of time playing with her cats, taking pictures of them and loving them.

Everyone called Ray's mom by her nickname, "Bee". Shadow was so tiny (she is still a small cat), she was fast, and was all over the place all the time, she just reminded us of mom, so we renamed Shadow to "Bee" in memory of Ray's mom.

In talking with this beautiful little kitten, we referred to her as "Killer B" and "Killer B Kitty". One day after Ray's mom passed away, he was just playing around with a website known as something like Random Kitten Name Generator (or close to it). When Ray hit the submit button, the first name generated was "Killer B Kitty"... Indeed, this was spooky. No other click of the button has come close to a name remotely like it since.

Killer B Spends a lot of time napping with Puff and the two of them are great friends. Killer B used to spend a lot of time snuggled up with Snow, and they would lick each other's heads.

Killer B, Puff and Snow make up the core of our cats. We refer to them as "The Original Three".